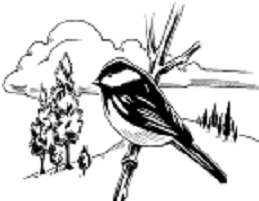 Bob Dylan is this year’s Poet Laureate, so we decided to look at his work from a poetic rather than musical perspective. Each month we will take a look at a different poem. For January we began with “Train A-Travelin’.” I will not be including the lyrics of most of his work on this site, nor the works of other poets we might study in conjunction with his work. But Train A-Travelin’ is difficult to find so it is given here for your convenience.

Bob Dylan received his Nobel Prize in Literature for: “having created new poetic expressions within the great American song tradition.” In his acceptance speech, Dylan spoke of his poetry as song, as Shakespeare was a dramatist and wondered who would best perform his roles, Dylan would wonder how to best perform his songs for an audience.  As he writes in Chronicles “With me it was always about putting the song across.” (p.18)  He spoke of his grandmother who told him, “happiness isn’t on the road to anything…happiness is the road…be kind because everyone you’ll ever meet is fighting a hard battle.” (p.20)  I’ve often thought these words echo through his words.  He seems to be one of those people who aren’t dependent on the good will of others, but also not one who willingly hurts another.  I’ve always found it significant that he wrote “the first song I ever wrote of any substantial importance was written for Woody Guthrie.” (p.54)

Brush Creek Writers decided to study some of his work as poems rather than as song, though it is difficult to separate the two.  Poetry began as song, and the best poetry has a melodic if not metric quality. (We can argue that later if you wish.)  Each month our group will look at a different poem.  I will not be including the poetry here in the future, as the Bob Dylan site has all his work.  But you might not be as familiar with this first poem, “Train A-Travelin'”.  I have heard it also called “Fast Train A-Travelin'”.

Do you ever get tired of the preachin’ sounds of fear
When they’re hammered at your head and pounded in your ear?
Have you ever asked about it and not been answered plain?
Then you heard my voice a-singin’ and you know my name

I’m a-wonderin’ if the leaders of the nations understand
This murder-minded world that they’re leavin’ in my hands
Have you ever laid awake at night and wondered ’bout the same?
Then you’ve heard my voice a-singin’ and you know my name

Have you ever had it on your lips or said it in your head
That the person standin’ next to you just might be misled?
Does the raving of the maniacs make your insides go insane?
Then you’ve heard my voice a-singin’ and you know my name

Do the kill-crazy bandits and the haters get you down?
Does the preachin’ and the politics spin your head around?
Does the burning of the buses give your heart a pain?
Then you’ve heard my voice a-singin’ and you know my name

January:  We can only wonder, do we “know” his “name”?  Is it all those forced to ride the rails in the Woody Guthrie past?  It is a 1960’s present.  Is it our present?  Or, is it a present we can prevent from happening?  The first stanza seems to suggest our singer is somehow connected with the hatred and fears, or is he the one singing against them?  By the second stanza we are sure, he is singing against them.  As the poem goes on we are given specific examples, we can say I remember reading about when…but this is not a poem of the past, but a poem of the present for hatred is still being preached, buses burned, churches burned, mosques burned.  So is this just a poem of anger, dismissible as such?

Let’s look at the language use:  firebox, furnace, fears.  The rhyme scheme, couplets.

The alliteration:  hatred holds, murder-minded.   The preachin’ and politics, the burning of the buses.   The heavy sounds: hammered, pounded, head.   One might wonder how such heavy, alliterative sounds might be sung.  We hear the train pounding the tracks, it may be of iron, and the furnace may be full but its blood red frame is broken.  That is our hope.

February:  We looked at “Blowing in the Wind.”  Some would say this is Dylan’s best poem.  It gets to the heart of the human condition.  It asks the questions poets have asked in so many different ways from the beginning.  What does it take for someone to be recognized as human and worthy of notice.  How many times do we have to go to war and destroy life and property and culture before we realize how horrible war is and outlaw war.  When we look at how long it takes for a mountain to erode into grains of sand, will it take that long for humanity to realize it is destroying itself by its unwillingness to see the truth?

The rhyme scheme here is every other line rhymes, and the last two lines of the stanza are a refrain.  The poem is a series of questions, asked rhetorically.  If the answers are “blowin in the wind” they can enter any person who has ears to hear.  Dylan recalls images we recognize, roads we walk, the white dove of Noah’s ark, the cannonballs of Civil War.  He asks us to imagine with our memories of the past, to see the sky and mountains, to hear the cries of people, to remember those who have died, and to desire to make change.  This is a poem like those of Wordsworth that wings its way into our very soul.

March:  We looked at “The Times They Are A-Changin'”.  The poem begins with a light warning, the water is getting deep, start swimming.  Writers and Critics, don’t jump in too soon as the loser may be the winner, politicians who block the way will be hurt for there is a battle ragin’, and parents-your children are beyond your control.  The volume seems to grow with each stanza, and then calm into a dirge at the end, the present will be past, for the times are changing.

The rhyme scheme is ab,cb,db,ebe-with every other line rhyming and the last line a refrain.  The last stanza differs: abcbcbdb refrain.  He ends the b lines in this stanza with cast, fast, past and last, which in themselves emphasize his point.  The c endings are “now.”

In Chronicles Bob Dylan explains what he feels about folk songs.  “Folk songs are evasive-the truth about life, and life is more or less a lie, but then again that’s exactly the way we want it to be.  We wouldn’t be comfortable with it any other way.  A folk song has over a thousand faces and you must meet them all if you want to play this stuff.  A folk song might vary in meaning and it might not appear the same from one moment to the next.  It depends on who’s playing and who’s listening.” (p.71)

In April, we are shifting away from the more “folk” poetry, and looking at his “people centered” poetry, “It Ain’t Me, Babe.”